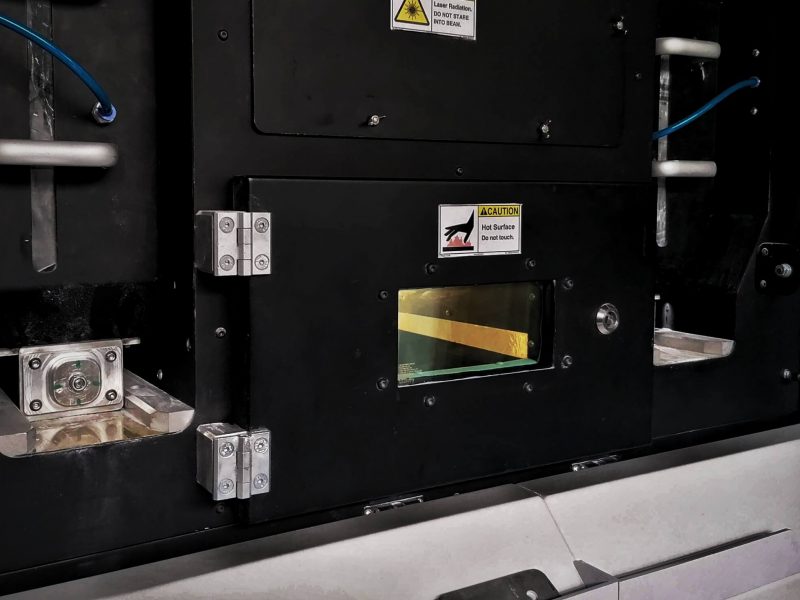 3D printing technologies, including additive manufacturing 3D printing, use various types of lasers, namely CO2 lasers, fiber lasers, and LED lasers. You have most likely encountered them before, but do you know when they are used and how they influence the whole 3D printing process?

Different lasers have different ways of inducing light, which requires different factors. For example, CO2 lasers require carbon dioxide clouds. Although, in general, constructing different lasers has a similar process with the cylinder surrounded by the medium. On the bottom and top of the cylinder are two mirrors, both of which are necessary to illuminate enough light and “force” the light to move from mirror to mirror.

Most producers equip their high-resolution 3D printers in CO2 lasers, just like we do. Aside from being cheaper than ex fibers, a CO2 laser is preferred as it works best with polyamide powders. A large part of power produced by the laser is absorbed by polyamide powder, instead of bouncing off the powder surface. If we will try to use the laser sintering process in ex fiber or LED laser, the light would mostly be reflected from the powder, so losses in power will be significant.
Facts About Power Consumption During SLS 3D Printing
Why do some producers use 30W lasers when others prefer 60W or 80W? The truth is: the power used in an industrial 3D printer laser is not as important as many think. The crucial part here is having the right amount of energy pumped into the material at the right time.

More, having a weak laser installed will lower the energy pumped into powder. This will make the whole 3D printing process longer than usual but otherwise, this will give a nice surface. The smaller the laser, the lower the sintering.

On the other hand, this gives you better control of sintering. What does it mean?

Each laser is not stable. When we put our laser to work with 60% of its power, each laser is expected to have some sort of fluctuation and will sometimes give 55% of full power. At times, 59%, other times 64%. Thus, smaller lasers give off a lower value, typically at 5% of 30W. With more powerful lasers, the differences can be much larger at around 5% of 80W, which can significantly affect the quality of the process and the model itself.

So despite spending a long time to sinter the model, devices with weak lasers typically provide models with a nice surface. In this case, they use 100% of their power (30W). This way, it is much easier to control the constant of the given power and stability of the sintering process. On the other hand, the laser constantly used at 100% of its power significantly consumes faster, thereby shortening its lifespan.
Long-Lasting And High Stability 80W Laser in SLS Large Scale 3D Printer
We typically use 60W or 80W lasers in our SondaSYS devices, although customers may also choose a 100W laser. With its high-stability quality, it effectively eliminates power fluctuations at less than 2%. Therefore, we can use a fast laser with high power but also guarantee the quality of the surfaces as compared with the ones produced using slower low-power lasers.

Not only that: high stability laser also allows us to change the laser beam diameter during the printing process. This allows us to get models even faster. We achieve this by sintering the interior using a bigger laser beam and higher laser power while the exterior with laser beam is changed for smaller and also with lower laser power. The full power of the laser is used only when you need to quickly scan any surface, therefore quickly move the mirrors to fill the surface.

Using the 60W or 80W CO2 laser often gives the impression that it is not necessary to use full power. So even after an extended period, the power will decrease but the laser will still have full production ability and stability to sinter high-quality models. On the other hand, the same is not possible to achieve with SLS 3D printers when starting with small lasers. Also, note that laser working hours are different from large scale 3D printer working hours.

The laser operation time is only counted when it emits a beam. Realistically, during 10-15 seconds of scanning, a laser continuously operates for about 5 seconds. Suffice to say, if building the entire printout took several dozen hours, it only takes several minutes of work with a laser.