The Two Sides of the Sonda SYS SL02 3D Printer 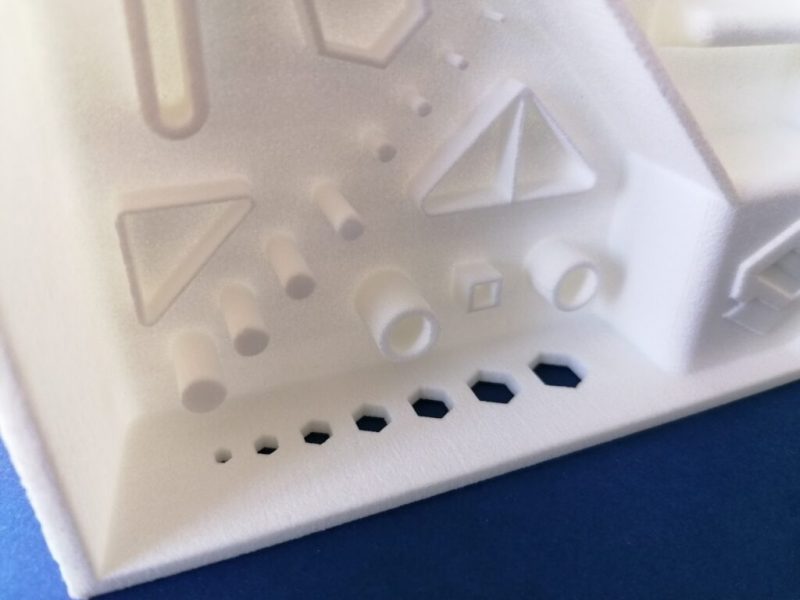 In the last 14 years from its beginnings as a company that offered support service for industrial 3D printer machines, the Polish company Sonda SYS has become through countless learning experiences about the aforementioned field one of the most innovative and well-known 3D printing companies in the world.

The latest recent launch that the company has made is with the Sonda SYS SL02, which is a large 3D printer that at first glance works like any other SLD 3D printer due to its use of a laser system that fuses fine nylon powder to create objects in a very precise and detailed way, under a build volume of 365 x 365 x 610 mm. However, it was created to tackle a particular, but interesting challenge brought by its machine users: reduce the nylon powder expenses during the printing processes.

To be more specific, operators who use 3D printers for manufacturing generally configure them to do overnight printing jobs in the most efficient way possible, especially through a process called Tetrising. However, because of last minute changes in the production rates, operators are forced to reconfigure the machines to print a full bed of powder 3D Printer (at least at the object’s height), which can be problematic at times because that large amount of the aforementioned powder can become “used” instead of “fresh” if the object does not take up much space.

While it is possible to recycle the nylon powder by recollecting the large leftovers from a certain 3D printing job, it is not advisable to do it in the sense that they could corrupt future printings with spots and cause discolorations on them if left in the powder. To make matters complicated, the reuse of wasted powder can be done only at 50% to the extent of discarding most of them due to lack of space in the machine.

Apart from the aforementioned with the SYS SL02 Probe, this large format 3D printer has a very peculiar feature for customers: it has two volumes built within its framework, which allows reconfiguring 3D model constructions from their original size to half of it (365 x 365 x 310 mm), this reducing the amount of material needed in half while increasing the efficiency ratio of current print to waste powder.

Although it is a machine that to some extent is not compatible with sites that are dedicated to carrying out continuous 3D printing jobs through the Tetrising process, it is fully compatible for companies that have more intermittent operations and need to save powder.

Introducing Selective Laser Sintering at its Best with the Sonda SYS. SL 01