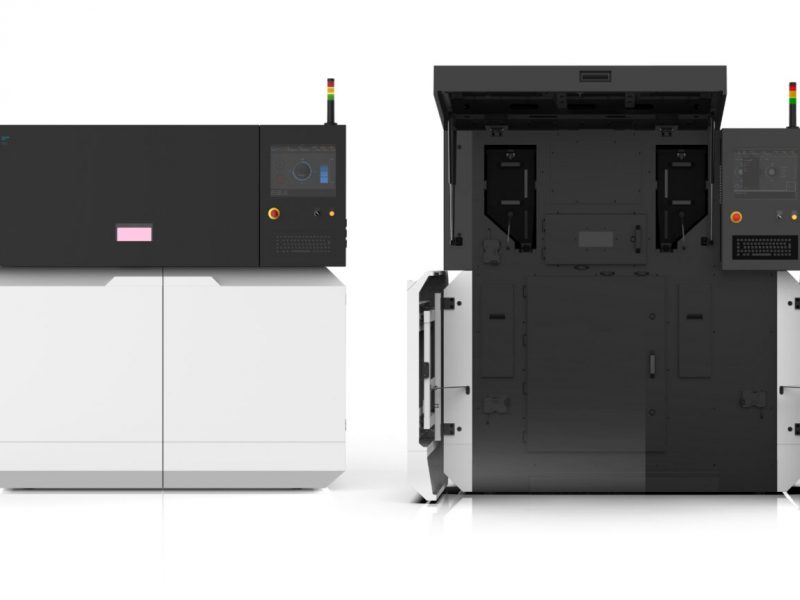 Selective laser sintering technology or SLS is known for producing strong, functional parts with complex geometry. One thing worth mentioning is that SLS takes part under the Bed Powder Fusion category, which combines a laser – either with sinter or fuse thermoplastic polymer power – to utilize a heat source and produce it into one solid part.

How Selective Laser Sintering Produces Parts
SLS produces parts by spreading a thin layer of powder over the build platform. Take note that powder 3D printers have their differences. Some use a recoating blade to spread powder, such as the SondaSYS SL02 recouter, while some devices have a top powder charge. With our SLS process, we use the side one. Once the first layer of powder is prepared, the laser scans the first layer of the part, selectively sintering together the particles of powder. The laser used in this process is typically C02.

Once the laser has completed the sintering of a layer, the build platform moves down one layer height, and the recoater spreads the next layer of powder over the newly sintered layer. The fusing and sintering process is done repeatedly afterward, building the part up one layer at a time. After this, the printouts are removed from the 3D printing machine (usually the build platform is taken out from the device and put on a special trolley) so both parts and powder could cool down.

In the SLS process, you can find unsintered powder in all manufactured parts. This concept applies when a large bed printer produces parts for an entire build volume, whether the bin is full of sintered parts or not. Due to this, the most cost-effective method to fill the bin to its maximum capacity is by nesting as many parts as possible inside. A great option here is an SLS large format 3D printer with a changeable build volume, which allows the use of smaller build spaces to manufacture small elements or a small quantity of them.

Across most SLS large 3D printer machines, the layer highness or layer thickness usually cannot be adjusted, with a hundred microns being standard across most machines. However, the SondaSYS SLS does not have this kind of limitation. In fact, users can choose among the layers 0.1, 0.12, 0.15 or 0.18 mm. This gives them the option to speed up the whole process and finish the work under a shorter time frame.

Determining SLS As The Right 3D Printing Technology For Your Parts
Nylon is the most common material used in SLS 3D printing, due to its excellent lasting stability and chemical resistance. It is also tough and much more isotropic than FDM or SLA. All this makes SLS parts the best solution for functional parts and design for many 3D printing companies.

One of the key advantages of selective laser sintering technology is the fact that manufactured parts are surrounded by powder during the printing process. Due to this, they do not need any support material. This makes the printing process easier, which requires no support material, unlike SLA, FDM, or even SLM. Overall, this gives SLS parts a consistent and homogenous surface finish.

The small laser beam spot size and microscopic grains of powder make the SLS technology great for parts with sophisticated details. Since the manufacturing process does not depend on support material, you can easily print complex shapes and geometries. This puts SLS technology at a great advantage in preparing parts with hollow channels. Parts that are made with SLS technology typically have a surface finish that is similar to high grit sandpaper. Surfaces with this kind of porosity make parts easier to dye and in a wide range of colors.

SLS technology can produce various parts in a single work, offering viable economies of scale at certain build sizes. As a rule of thumb, parts that are smaller than a fist are ideal to be produced in 3D printers for manufacturing or SLS batch manufacturing. However, with SLS, they can be successfully produced with single, big elements. SLS parts are relatively stronger and more functional than injection molding, which makes it a viable option for smaller parts that require production runs from 500 to 1,000.

Over time, SLS is becoming more popular in large industries that require parts with complex geometries and strong functionalities, including 3D printing in automotive and 3D printing in aerospace industries. Some parts that are made with SLS technology, such as brackets and enclosures are now being used regularly.